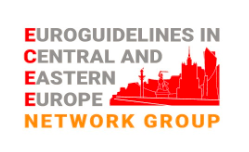 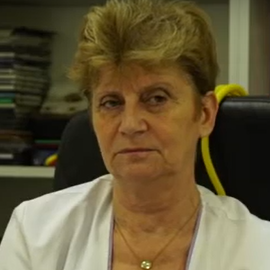 Dr. Mardarescu graduated The Institute of Medicine and Pharmacy “Carol Davila”, Bucharest, became Assistant Professor at the Department for Pharmacology and Infectious Diseases also entering residency on Epidemiology and Infectious Diseases. Since the early 1990s, Dr. Mardarescu has been dedicating her activity to HIV. In 2006 she took her PhD in HIV and its evolution – since the epidemics’ early beginnings (1985). From 1997 she has been the Chief of the Paediatric and Adolescents’ HIV Department and Coordinator of Compartment for Monitoring and Evaluation of HIV/AIDS Data in Romania since 2002. Between 2016 and 2020 she was an EACS Regional Representative for Eastern Europe, continues to be part of the European Penta Network, Scientific Committee Women against Viruses in Europe (WAVE), of ECEE and represents Romania, as National Focal Point on HIV/AIDS at ECDC, Stockholm. She was part of several Advisory Groups on women with HIV, like Women for Positive Action Faculty and SHE Faculty. Dr. Mardarescu has published and presented extensively on HIV/AIDS phenomenon in Romania at various national and international events, including conferences, congresses, workshops, trainings organized by both GOs and NGOs with main focus on HIV/AIDS and drug use. Among the latest national publications, the main interest was HIV infection in children and adolescents. In 2010, she received the “Sanitary merit Order” from the Romanian Presidency for the entire activity HIV/AIDS. In 2011, she was nominated at “Gala MEDICA 2011” at the section Best Communicating Physician. In September 2016, at COPAC Gala (Coalition of Patients with Chronic Affections in Romania) Dr. Mardarescu received the jury’s prize at the category “Most Involved Physician” as yet another testimony for her long term dedication to HIV/AIDS patients.